After three rocky rounds of elections in the last year and a half, Israel formed a long-awaited new government on Sunday. Benjamin Netanyahu was named Prime Minister for his fourth term, and Benny Gantz was also elected as alternate Prime Minister, as well as Defense Minister. The two will alternate as head of the nation in the new coalition. Netanyahu stated, “Because of the pandemic, we have decided to set our differences aside and fight together shoulder to shoulder against this massive challenge.” Netanyahu heads the right-wing Likud party, while Gantz represents a smaller Blue and White left-leaning party. Previous to the election, Gantz told the Israeli Parliament,

“These are unusual times and they call for unusual decisions. That’s why I intend to explore the formation of a national emergency government.”

After nearly two years of political stalemate, many are relieved that a functioning government has now been formed. Support for Netanyahu – currently on trial for bribery and fraud, which he has denied – has consistently risen as he has led the country’s task force against the pandemic. Despite widespread criticism for Gantz, others believe he had no choice amidst political instability and a national crisis. Gantz’s statement that his options were “either unity, or kind of civil war” support this thought. 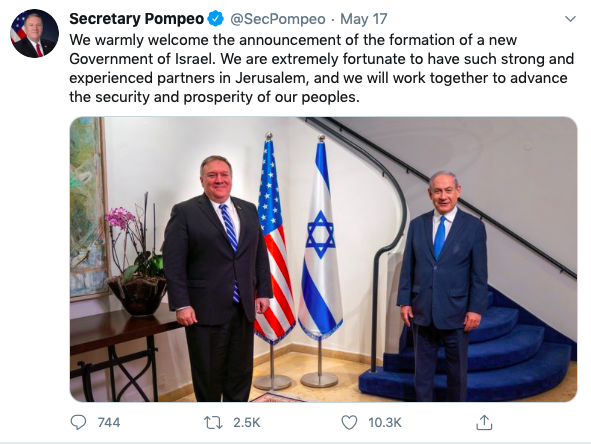 Many on both sides were blindsided and outraged at the coalition. A former running mate and head of Yesh Atid, a faction of Blue and White which has now split off, told a press conference  “We ran together because Benny Gantz looked me in the eye and said we would never sit in this bad government.” Even prior to the elections, Gantz’s Blue and White party was already dissolving after he announced that rather than ousting Netanyahu from his current role, he would instead be joining him. It is thought that the new government will face many challenges moving forward, due to the leaders’ vast differences and their equal vetoing power.

FACTS In a continuing trend, news outlets have announced another member of what would ...

FACTS A $2.3 trillion “infrastructure” proposal by President Biden is facing pushback from Republicans ...

Netflix Under Fire for “Cuties”

FACTS Netflix is under fire for their original film “Cuties,” which is said to ...

THE END OF ABORTION?